Goodbye Kansas has been awarded the Swedish government’s export prize for the cultural and creative industries 2019. The award was presented by Sweden’s Foreign Trade Minister Anna Hallberg at a ceremony at the Heir’s Palace on October 23rd.

Goodbye Kansas was one of five nominated companies. The motivation was as follows:
“With effects that push the boundaries of imagination and what’s technically possible, Goodbye Kansas Studios has impressed the international animation, gaming and special effects industries. In just a few years, the company has become Sweden’s largest provider of visual storytelling, computer-generated animations and motion capture for films and games. Excellent craftsmanship and innovation characterise the company whose headquarters in Hammarby Sjöstad, Stockholm attract talents from all over the world.”

“We are, of course, extremely pleased with this award, not only because Goodbye Kansas has been honoured, but also because it shines a light on our entire industry, which has not received much attention in the past. And yet we have only seen the beginning of how the industry can grow, develop, and further excel Sweden’s position in the cultural and creative industries internationally”, says Peter Levin, CEO of Goodbye Kansas.

“I am very proud and honoured to have been awarded the government’s export price. It gives us an acknowledgement of Goodbye Kansas’ ability to deliver digital, technologically advanced productions, with creative height that makes an international impact,” says Maria Grimaldi, CEO and Managing Director, Bublar Group.

The Government’s Export Prize for the cultural and creative industries was established in 2018 to draw attention to and highlight people or companies that contribute to both Swedish exports and a strengthened Swedish image abroad. The nominees will be active in one of the cultural and creative industries where Sweden and Swedish companies excel internationally as architecture, computer games, design, film and TV production, photography, art, literature, media and marketing communication, fashion or performing arts. 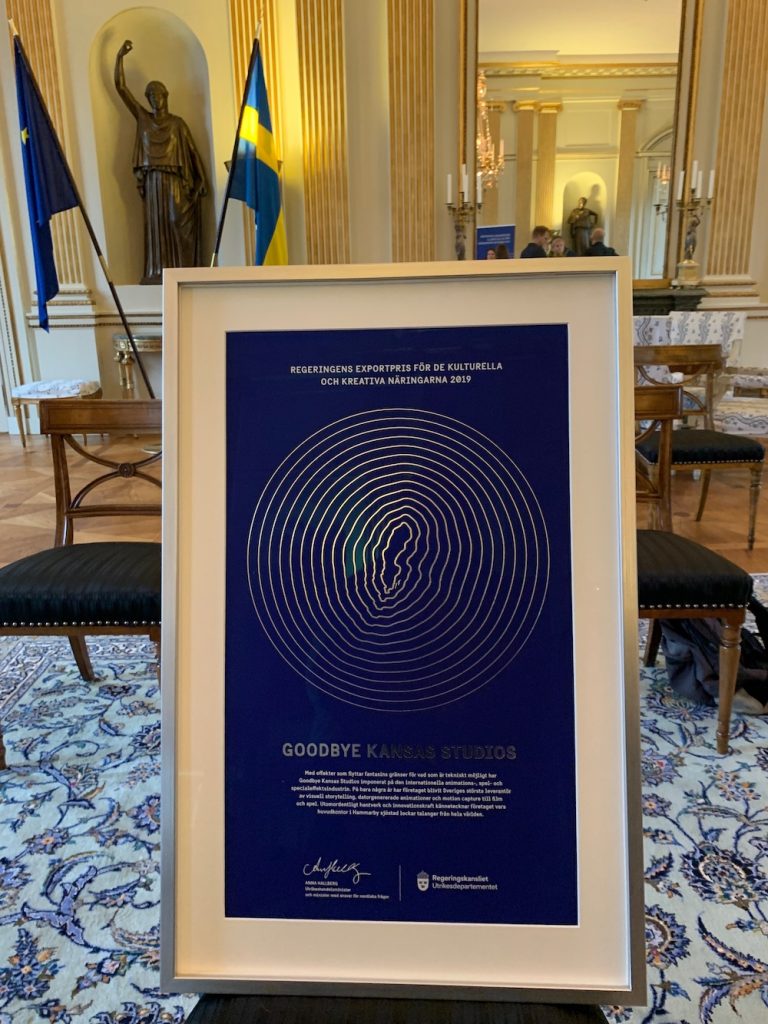