We’re happy to announce we have won a VES Award, the most prestigious award in the VFX industry. The Visual Effects Society’s annual awards ceremony is often referred to as the “the Oscars of VFX” and it was the third time that a Goodbye Kansas production was nominated.
Animation Director Jonas Ekman & Lead Character Artist Jonas Skoog (Goodbye Kansas) and Senior Concept Artist Marek Madej & Principal Character Artist Grzegorz Chojnacki (CD Projekt Red) won the award for “Outstanding Animated Character in a Commercial” for their work on the character “Dex” in the “Cyberpunk 2077” E3 trailer at the 18th Annual VES Awards gala in Los Angeles on January 29th.

Jonas Skoog and Jonas Ekman commented:
“We would like to thank The Visual Effect Society for this amazing honor. Goodbye Kansas would also like to thank CD Projekt Red for a truly great production, an opportunity to work on a project of which we are immensely proud. We share this award with all hard working fellow artists at Goodbye Kansas and CD Projekt Red. Creating outstanding Visual Effects is always a great team work and that feeling of collective creative power is one of the best things with this industry. And special thanks to VFX Supervisor Henrik Eklundh and Director Fred Löfberg! Thank you all!” 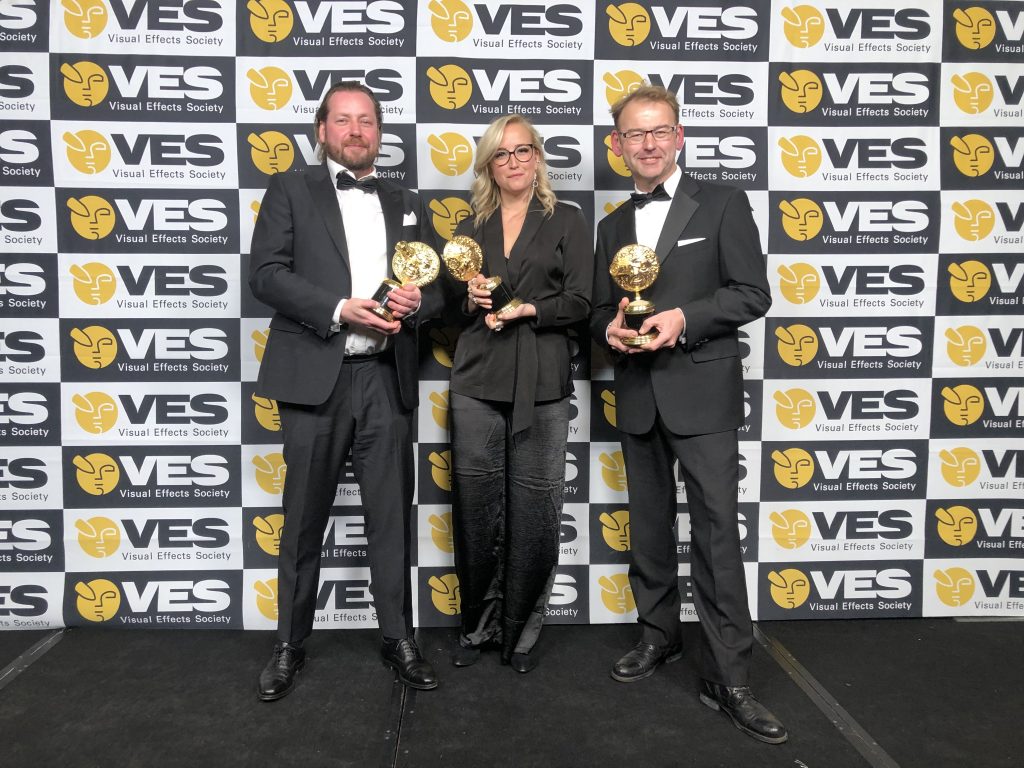